The educational principles of Kwassui Gakuin were established by the first three principals.

The first principal and founder of Kwassui was Ms Elizabeth Russell. Her mission was to educate
Japanese women in order for them to gain independence. She loved the concept of Japanese women
as the “Daughters of Samurai” and expected them to have a noble character, strict discipline and
self-control.

Besides founding Kwassui, Ms Russell also set up Kwassui Girls’ Home in Kumamoto for the many
children left without parents after a tsunami in Amakusa. This home was subsequently moved to
Kogamura, Fukuoka and then to Kushimago in Omura where it was known as Omura Kwassui Girls’
Home. In addition, she set up a seamen’s home in Nagasaki for sailors arriving in the city in order to
keep them away from any “trouble”.
Ms Russell was a woman of strong will whose mission in life was to make a better world for all people. 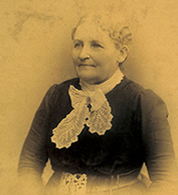 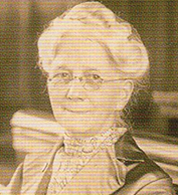 The second principal, Ms Mariana Young, was a person who combined kindness with sound
judgement. She introduced physical education into the curriculum, and the other reforms she
instigated significantly improved education at Kwassui. She also set up a nursery school called
Migiwa-Kan (later Migiwa Nursery School and now Yuai-Shakai-Kan Nursery School) for the
children of mothers who worked as stevedores on the Nagasaki docks. In addition, she founded a
free clinic and set up a charity for the poor. Like Ms Russell, Ms Young wished to create a better
world for everyone.

The third principal, Ms Anna Laura White, was a fine teacher who raised the educational level at
Kwassui to its highest point before the war, offering courses to the highest level then permitted to
women. She also oversaw the construction of the main building at Higashi Yamate Machi. Ms White
loved Japanese culture and, like the Japanese themselves, appreciated the image of the plum
blossom, with its “hidden power” and “quiet beauty”, as representative of Japanese women. She
admired the virtues of Japanese women and their nobility, endurance, grace and kindness in the face
of difficulties. She also harmonized Christian education with the Japanese environment.

She compared her educational ideas to building “The foundations are the steel rods of religion mixed
with the concrete of self-control and effort. From that base we can let the elegant and beautiful flowers
grow”. Ms White helped Kwassui to grow and prosper after the foundations were set by Ms Russell
and Ms Young. 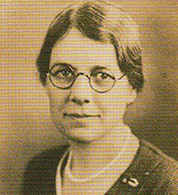 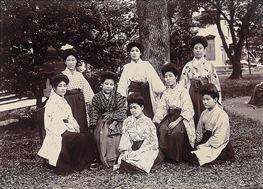 Among those who have graduated from Kwassui are:

Tomo Inoue - one of the first female doctors in Japan.
Fuji Takamori - a pioneer of Christian education who helped found Lambuth Women’s
College (subsequently Seiwa Women’s College and now part of KwanseiGakuin University).
Yoshi Tokunaga - the eleventh chancellor of Fukuoka Women’s College who continued with Christian education despite pressure from the military regime at that time.
Ichiko Kamichika - a pioneer of women’s liberation and a life-long social activist.
Masa Nakayama (nee Iida) - the first female cabinet minister (Health and Welfare) in
Japan.